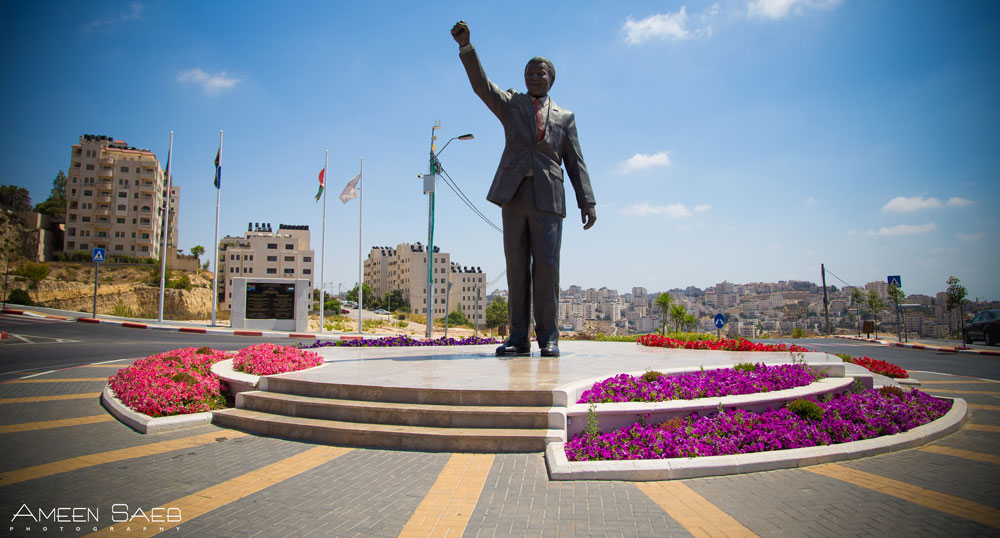 A gift from Johannesburg Municipality in 2016, the 20-foot statue of the late South African leader Nelson Mandela, which is a replica of the statue in the South African city, stands in the center of the square and symbolizes the universality of the Palestinian cause and the solidarity of the South African people with the Palestinian people. Mandela’s legacy and struggle against apartheid resonates with Palestine and efforts to resist the occupation. Preserved on the site are the famous words of Mandela: “We know too well that our freedom is incomplete without the freedom of the Palestinians.” These words articulate the depth of the relationship between the people of Palestine and the people of South Africa, a relationship that continues to today through the twinning of the Ramallah and Johannesburg municipalities.

At the square are painted 27 sun rays extending out from the statue and represent the number of years Mandela spent in prison. The pose of the statue with his raised fist is the gesture that he assumed as he was released from prison and is a symbol that represents defiance, unity, and resistance.