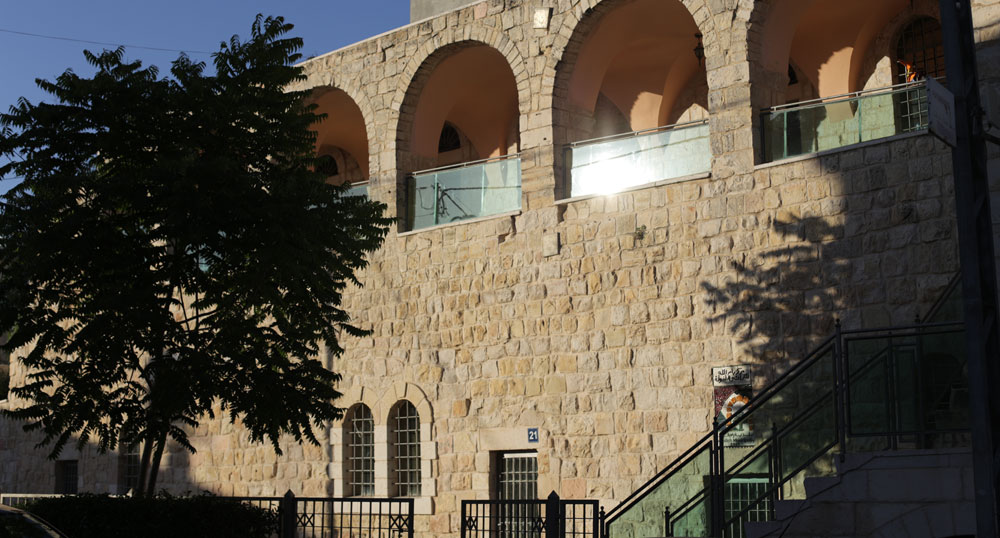 The Ottoman Courthouse is one of the oldest and most beautiful historic buildings in Ramallah and features distinct, traditional architecture. The building was originally built as an opulent home for the Qassis and Habash families. Later, in 1883, the Quakers funded a medical clinic set up in the building. Then in 1902, the Ottoman government assigned Ahmad MuradHakem as the director of the region who established a courthouse in the building. The Ottoman Courthouse occupied a central position in the old city and provided conciliation and Shari’a judges. After the nakba in 1948, the building became a residence for a number of refugee families and then served as an olive press until 1967, at which point it was used for banana fermentation.

The Ramallah Municipality purchased the building in 2002 and in cooperation with Riwaq and other partners renovated the building, making it available for use. The Courthouse now features a children’s library replete with around 8000 books and CDs provided in cooperation with leading publishing houses and important libraries specializing in children’s literature. Youth projects for the municipality are now managed through the Ottoman Courthouse such as the Ramallah Children’s Municipal Council, the Ramallah Marathon, and the Nuwar Nisan and Yalla Al-Hadeeqa Children’s Festivals. The Courthouse also hosts regular workshops for children teaching art, music, problem solving, cooking and more.