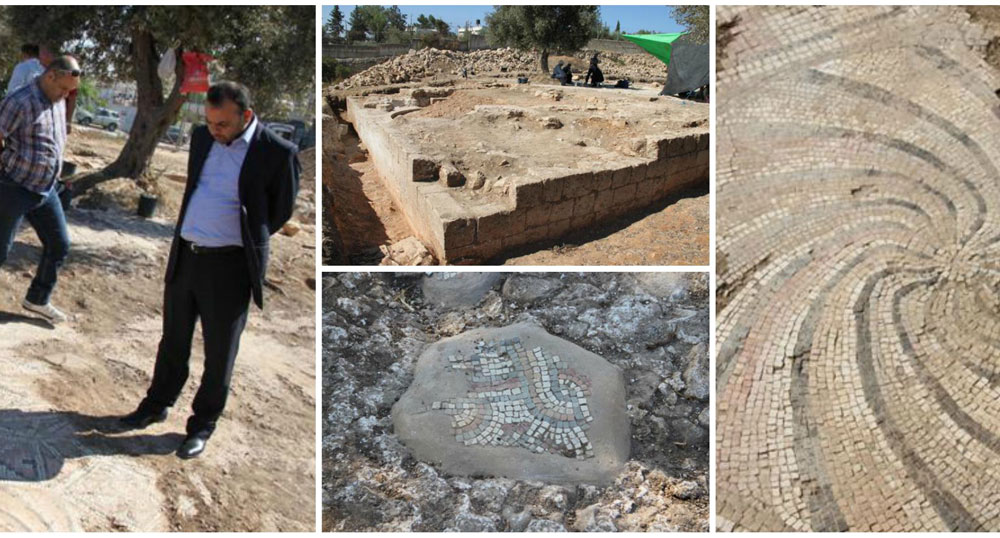 Khirbet et-Tireh is an archaeological site located approximately nearly 1.5 km west of the historic center of Ramallah. The site was inhabited during the Hellenistic, Roman, Byzantine and Early Islamic periods and was later used as agricultural land throughout the Ottoman-Turkish period and until modern times. The ancient settlement covered a total area of approximately 30,000 sq. meters. The best preserved part of the settlement is an area of some 6,000 sq. meters located at the southern end of the site which is owned entirely by the Greek Orthodox Patriarchate.

Based on an inscription incised in Greek letters on broken pieces of a marble "church screen" found in the ruins of the Byzantine church we can conclude that Saint Stephanos, the first Christian martyr, was originally buried at Khirbet el-Tireh in the garden of Ghamla before being reinterred in Jerusalem in 415 A.D. Furthermore, the Byzantine church, built by Dina with her money and properties, was dedicated to the footprints of Jesus. This suggests that Jesus may have visited Khirbet et-Tireh.