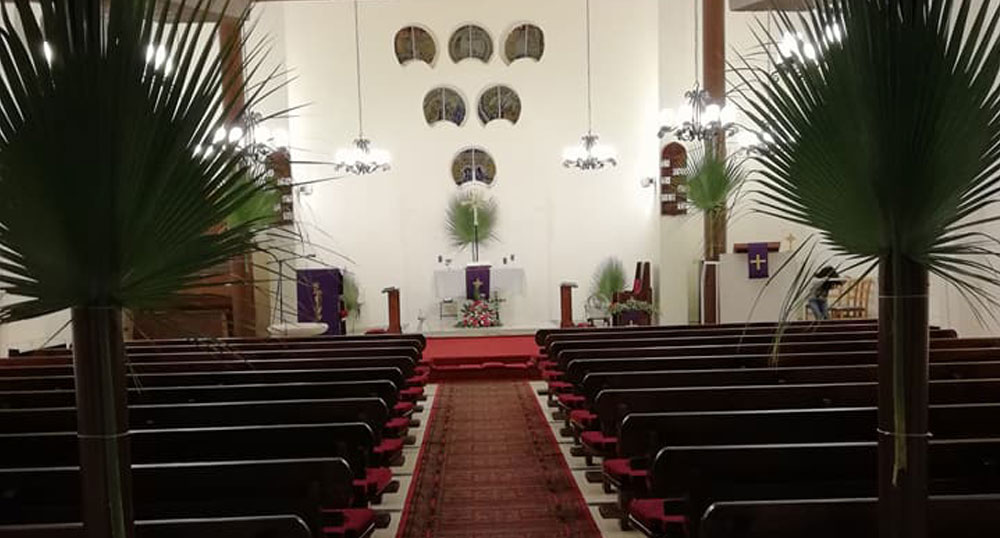 The Evangelical Lutheran Church in Ramallah was founded in 1954 after a request from the Bishopric of Jerusalem because of the displaced persons from the Lutheran community who moved to Ramallah in 1948. Prayer services were held in several churches until a house was rented for them to pray in. The current church was built in 1963 under the supervision of Pastor BassemNijem. Prayer services are held every Sunday at 10:30 A.M.